When a group of youth hockey players laced up their skates and took to the ice in 1955, they didn’t realize they were the start of something special in Port Huron.

The first Port Huron Pee Wee youth hockey team got started on its own homemade outdoor ice rink as there was no indoor facility to practice on in those days. The rink was on the corner of 23rd and White streets in Port Huron.

Home games for the Rotary Club were held in Pointe Edward, Ont.

The Rotary Club team also represented Port Huron for the first time in a hockey tournament in Goderich, Ont., that first season.

Leading the way for the Rotary Club team was Ray Kuschel. The talented athlete in many sports was tragically killed in a motorcycle accident the night before he was to leave for East Lansing. He had just accepted a hockey scholarship to Michigan State University.

Even though the win-loss record was not impressive the  first year, the young hockey players were certainly pioneers in playing a major role in all organized Port Huron Minor Hockey Association teams to follow. 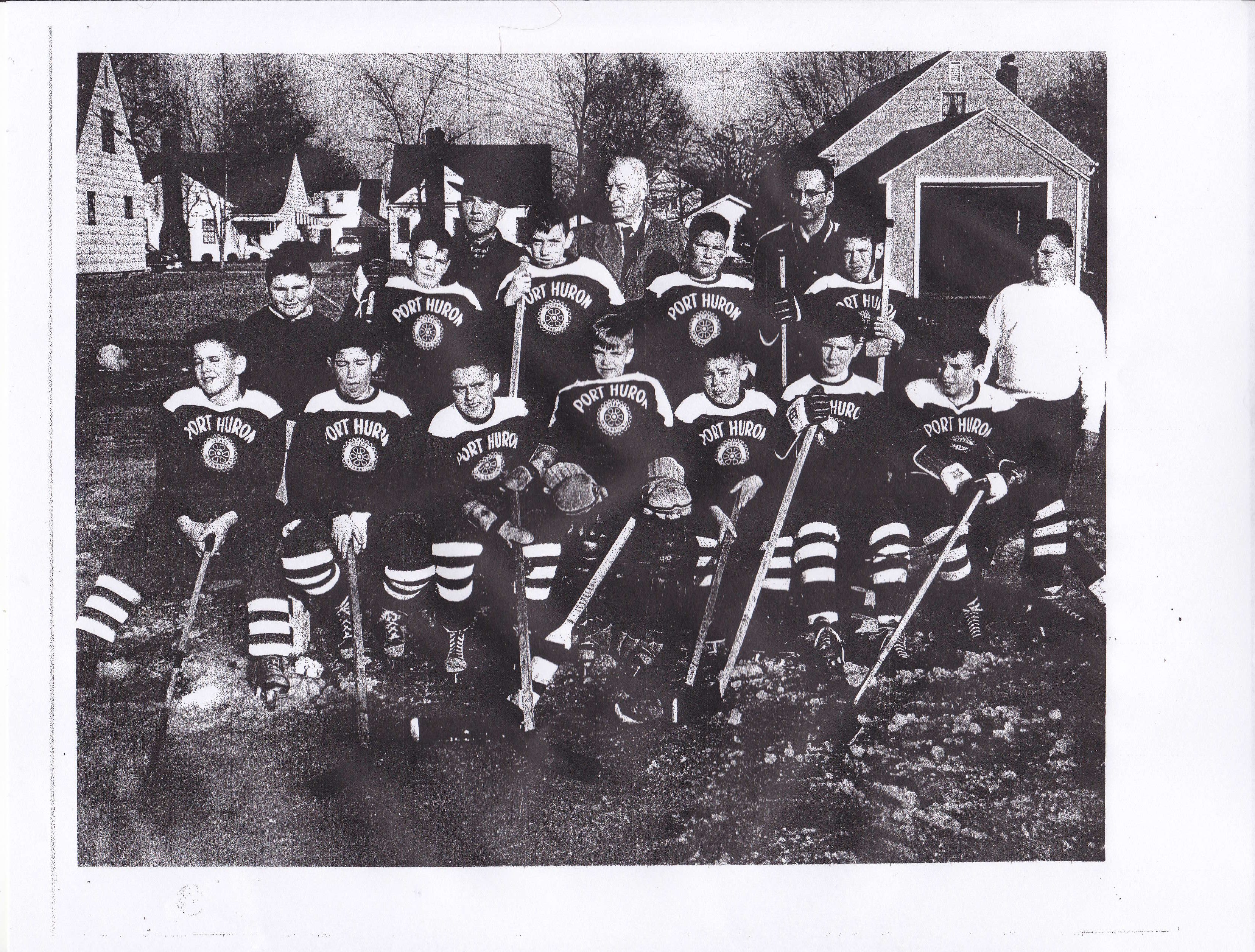