Melissa Rucker developed a strong passion for the sport of soccer at a very young age.

While she started kicking around the soccer ball as a 5-year-old, Rucker also competed in basketball, volleyball and track. Her skills on the soccer field led to a spot on a 19-and-under travel soccer team when she was 14.

Rucker played collegiately at  East Carolina University and then Western Michigan University. She excelled on defense and outside midfield. She was a National Strength and Conditioning All-American, a member of the Athletic Academic Board, and co-captain at WMU.

Rucker played semi-professional soccer throughout the Midwest and was the assistant soccer coach at Smith College where she received a graduate fellowship to study. She traveled to Africa as a member of the first Coaches Across Continents team, teaching life skills through soccer to teachers and children as well as coaching exercise science.

Rucker participated in a cross-country bicycle ride to raise awareness for Paul Newman’s Hole in the Wall camps for children with terminal illness where she later worked as a counselor. She has coached varsity and club soccer teams in Michigan, Florida, California and Colorado.

Rucker lives in Durango, CO, with husband Ryan and children - Raya, Finn, Eleni. She continues to enjoy coaching and playing soccer, teaching and sharing her passion for sports with her family. 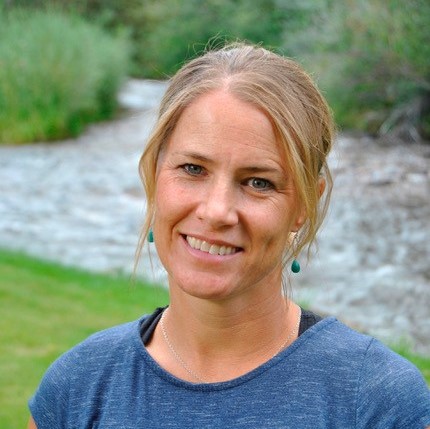