The Port Huron Shamrocks were founded in 1974 by Tim Koerber and competed for 7 years in the Blue Water Baseball Circuit and one year in the Macomb Connie Mack League. The Shamrock teams compiled a BWBC record of 132-24 and an overall record of 188-52. The Shamrocks prided themselves on a record of winning baseball and playing with character and respect for the game.

The 1975 team has been judged to be the best of the 8 Shamrock squads. The ’75 season was highly competitive with several quality teams competing. The league featured several All-Area players with many competing in college programs. The 1974 Port Huron Diamonds team was inducted into the Port Huron Sports Hall of Fame in 2007 and the games between the Diamonds and Shamrocks featured two quality teams and several talented players. The Shamrocks finished the ’75 regular season with a record of 23-4 two games ahead of the second place Diamonds.

All 18 members of the 1975 Shamrocks were standout players at every level of play, from Little League, Babe Ruth, High School and the Shamrocks. They were committed to being the best players they could be, and the evidence of that was on display every time they took the field. 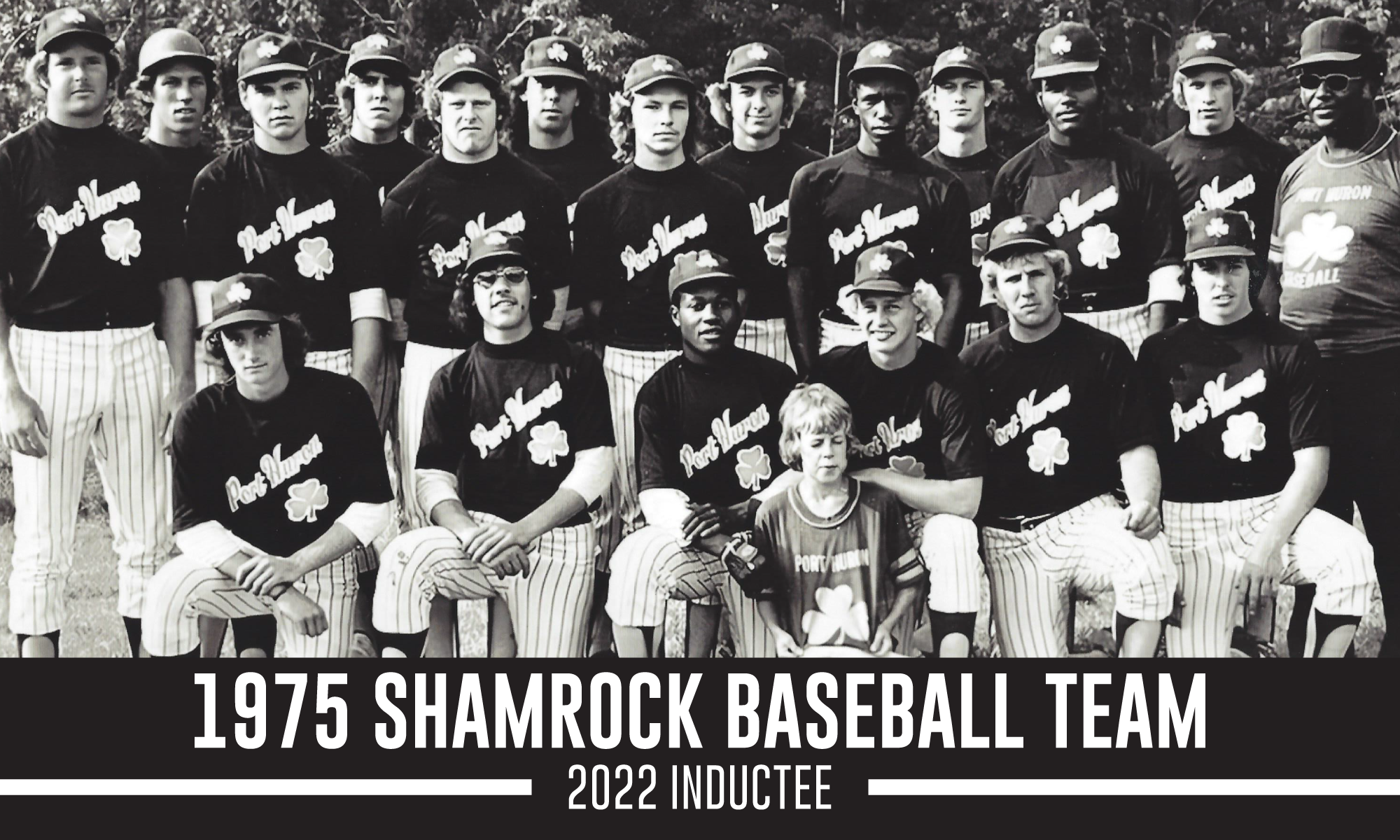